In 2017 St Mary’s supported Betty Nalubega as a student at Kira Farm in Uganda.  After completing her year at Kira she has now been back home for a year and has put her Kira training to good use. Here is a report written by Joshua, who runs Kira Farm, who visited Betty towards the end of 2018.

From Prostitute to Youth Minister

Once strangled and left for dead, today Betty Nalubega is truly a new creation

‘After my parents died the only thing I looked forward to in life was my own death,’ admits Betty.

‘My childhood had been a happy one until I started losing my family. We couldn’t believe it when my two siblings died within the space of two years – we were all devastated, but my parents mourned the most.’

‘My parents were so distracted by their grief it felt like they didn’t care about me,’ Betty says. ‘They never celebrated the fact I was still with them and it made me wish I would die, so that would recognise that I also had life.’

Desperate to get her parents attention, Betty started acting out – stealing money and refusing to do any work. ‘They barely noticed, or sometimes they said something negative that hurt me even more.’

When Betty’s parents passed away she was embraced by the local church and gave her life to Christ, but she was still in great pain and felt deeply unloved and lonely.

A spirit of death

Soon after, she met a boy in church who promised to marry her. ‘Before the wedding happened he got me pregnant,’ says Betty.

‘Because he was a minister in the church he was told to marry me, but he refused, saying he would end up dead if he took me as his wife. He claimed I had a spirit of death following me and that’s why I’d lost all my family.’

Betty says the words of her boyfriend hurt even more than the loss of her family. ‘I left the church and was alone in the responsibility of taking care of my son, Lawrence.’

‘I tried a number of jobs but I couldn’t make enough money to sustain myself and my child so I resorted to prostitution,’ Betty explains. ‘It was a painful decision because I knew it was wrong in God’s eyes, but the more it provided food on the table, the easier it became to do.’

Over time Betty began to believe that she really did have a spirit of death. ‘I knew I was going to die any time, so even while I was working as a prostitute I didn’t worry about using protection because the dangers I faced every day were more of a threat than HIV.’

The young girl’s fears weren’t misplaced. ‘One time a man nearly killed me when I asked him for my payment – he strangled me and left me for dead. In the morning I was picked up by friends who were doing the same job and dumped at the church which was taking care of my son.’

The church pastor took pity on Betty and gave her a job as a house girl, later connecting her with Amigos.

Cleansed from the inside out

On arrival at Kira Farm all students are given a thorough medical check-up. ‘I wasn’t shocked when I discovered I was HIV positive because I had been living a very tough life,’ says Betty. Instead of seeing this as a setback, Betty was determined to embrace everything Kira had to offer.

‘My life on Kira was a time of cleansing from the inside out,’ she smiles. ‘I’d been carrying the guilt of all the horrible things I had done in the past, but the love and discipleship training I experienced on Kira helped me to love myself and let go of that guilt.’

Betty acquired life-saving vocational skills whilst at Kira Farm. ‘Thanks to the training my thinking changed. It gave me hope and made me want to live a long life because I knew I could use my skills to provide a decent future for myself and my son.’

When Betty returned home after 12 months at Kira Farm, she hit the ground running.

‘I never imagined I could support myself and my son without having to depend on anyone, but with my new skills I can,’ she beams. ‘I can’t believe I’m saying this, but life is getting better every day!’

With her new-found confidence and business nous, Betty secured three contracts supplying snacks to local schools. With the profits she made she was able to open up a small café.

Today Betty earns over £65 a month and has created employment for two local girls – a real gift to a community where there is no work for young people.

Keen to diversify her income, Betty decided to put into practise her new hairdressing skills.

‘At first there were some women who knew about my past and weren’t comfortable with me plaiting their hair,’ explains Betty. ‘I couldn’t blame them because they remembered the old me and I was horrible. Thankfully, over time, people have started loving me and believing in me.’

Betty now has a good customer base and is making nearly £20 a month from hairdressing alone.

Today this entrepreneurial God-fearing young woman is making four times more money than she ever did in sex work.

‘I once was a prostitute, but today I am a minister in the church and I am using my journey of transformation to encourage the youth,’ she smiles.

‘I am so happy I can pay for my son’s school fees with money that comes from a proper business, it’s something that fills me with joy.’

‘Thank you so much to Amigos for making me a better person, and to my sponsors, St Mary’s Church, Wythall – you have helped changed my life.’ 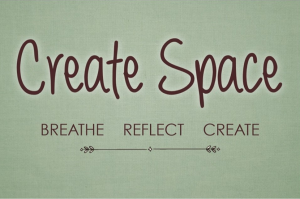 A relaxed evening with music, tea & cake and a chance to get a bit creative! It’s only £7 for all the materials you’ll need and it’s open to everyone!